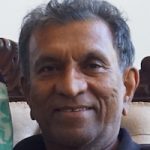 The recent much publicised, despicable event in Sri Lanka when a ruggerite from St. Peters college, possibly in his mid to late teens, was repeatedly slapped by his coach in the full glare of the public eye says so much about how our society is evolving or has already evolved. The event itself is no doubt one amongst hundreds and thousands of occurrences where helpless children are abused by their teachers while at school and by their parents when they are home. While abuse itself is despicable. The inability of the State and non-state entities to protect children while allowing perpetrators to go scot free is even more despicable.

Despite the hoopla about safeguarding children and their rights, the Sri Lankan State has failed to ensure these rights and have a mechanism to provide redress to children who are being abused. The toothless pussy cat, the National Child Protection Authority (NCPA), is a joke and it does not provide any effective mechanism to protect children. It is another bureaucracy for providing a well-paid resting place for supporters of the governing party. The NCPA web site does not record data about the number of telephone calls or appeals they have received from the public and they do not record what action they have taken when such appeals are made. It does not record the outcomes of any investigations they have made on complaints received. In the absence of such data, what other conclusions could the public come to except to say it is a joke?

Child abuse is any behaviour that harms a child (in this case anyone under 18). It can take many forms, including physical, sexual and emotional abuse, as well as neglect and exploitation.

In Sri Lanka, if a child has been abused, or know someone that has, who does one go to?  The effects of abuse on a child are serious and long-lasting. No matter when the abuse has occurred, whether in the past or it’s something that’s ongoing, children in Sri Lanka are helpless and there are no effective remedial measures for them to seek counselling and justice.

What is child abuse?

The following are based on expert study reports cited in the internet.

Abusive behaviour involves treating someone with cruelty or violence. It often happens regularly or repeatedly. There are four main types of accepted forms of abuse:

Why are children abused?

Child abuse is never acceptable. There cannot be qualified abuse, irrespective of the reason. Some reasons that are attributable to child abuse include:

If a child has been abused, it can lead to:

Child abuse and the law

In Sri Lanka child abuse in the form of corporal punishment or the other forms of abuse listed above are not explicitly banned in schools. Abused children have no recourse to effective remedies as our society is dominated by interest groups, political expediencies and a cultural weight that is tilted well and truly towards adults.

A website in an overseas country says there are things one can do to deal with child abuse and its effects.

The reality in Sri Lanka is that none of these mechanisms exist in any effective way and children who are abused have no recourse to counselling or treatment and nowhere to go unless their parents have “connections”. The NCPA does have a hotline, but it appears that it is not as hot as it should be with the line being unavailable or unattended on a regular basis.

The Stop Child Cruelty (www.stopchildcruelty.com) initiative has a hot line and although not yet a formal organisation in the same mould as the NCPA, it has provided a point of contact for many parents and it has arranged counselling to some of them. They can be contacted on the  hot line 0779497265 (24/7) or their Face Book Page Stop Child Cruelty or email info@stopchildcruelty.com. Stop Child Cruelty also offers legal advice, moral support and secretarial work for writing letters etc, and on occasion parents have been accompanied to inquiries. It is also engaged in developing awareness/training on alternative positive discipline to schools and are in the process of establishing counselling services.

To be fair by the teachers, there is hardly any training or familiarisation courses for them about how errant children and also children with disabilities may be managed. Besides this, class room sizes are sometimes in excess of 50 students and even the best and kind teachers find it extremely difficult to manage such numbers. It needs to be remembered that teachers too are human and with normal human fallibilities and their challenges in life too have to be taken note of if they are to give their utmost as teachers.

However, it has to be accepted that children cannot be at the receiving end of teacher frustrations and that abuse in the form of corporal punishment and any other form of abuse cannot be condoned whatever the circumstances might be.

An overwhelming number of teachers are without doubt against corporal punishment and meting out other forms of abuse on children. Their good name and reputation as kind hearted teachers often gets sullied when a handful of their colleagues resort to punishment which amounts to child abuse. In this context, that majority too should voice their opinion and join in efforts being made to ban corporal punishment and other forms of child abuse in schools. If they also join this campaign, and voice their challenges as well, the public would have empathy for their challenges and the campaign would get immensely strengthened and a more effective deterrent to child abuse.

In this regard, the Stop Child Cruelty initiative has the won the support of the Lanka Guru Sangamaya and is working with them to end corporal punishment and other forms of abuse in schools.

The Stop Child Cruelty campaign has made very substantial strides since it began formally with an event at the Independence square on the 30th of September 2018 where a five-point proposal (the Pentagon Proposal) was handed over to His Excellency President Sirisena who graced that occasion demonstrating his support for the campaign.

For those readers who may not be fully aware what this campaign has achieved so far, it is well worth looking at their Facebook book  page (https://www.facebook.com/stopchildcruelty/) to get an insight into the strides made and the progress made on several fronts since 30th September 2018.

Amongst the areas where progress has been made is the successful effort to introduce a Complaints Policy and Child Protection Policy by the UK Educator Pearson. International schools follow mainly UK examinations. The curriculum is offered by two main educators either Pearson/Edexcel or Cambridge. Few schools offer American curriculum. Eg. Gateway offers both, Lyceum offers Cambridge and the Overseas International School offers American. Lengthy negotiations with Pearson have convinced them to introduce a Complaints Policy and Child Protection Policy. These are standard requirements of terms and conditions of Pearson for any of their Centres. They call the schools that offer their curriculum as Centres. One can but hope the International Schools of Sri Lanka (TISSL)endorses these proposals and ensures best practice.

The campaign has also contacted the EU and they are likely to contact the Minister of Education about the failure to uphold human rights in conformity with the Education Ministry circular 12/2016 and also raise the issue of inefficiencies in the Attorney General’s Department with the Minister of Justice.

The UNHRC in Geneva has also been alerted about the situation in Sri Lanka and it is likely that an enquiry would be held to ascertain the human rights position of children in Sri Lanka.

As a result of the many initiatives of Stop Child Cruelty, there is now a greater sense of awareness of the situation in Sri Lanka, both nationally and internationally.

Stop Child Cruelty has many partners who have joined the campaign to end corporal punishment in schools and other forms of child abuse, and amongst them are UNICEF, Sarvodaya, Arigatou, Lions international, College of Psychiatrists, the Foundation of Goodness, Leads, Grassrooted Trust, Embark etc.

Thanks to the efforts of this organisation and its indefatigable live wire, the Chairperson of Stop Child Cruelty, Dr Tush Wickramanayaka, there is now more hope for the children in Sri Lanka than what they had before the 30th of September 2018. There is yet a long way to go to break the entrenched barriers that prevent effective action being taken to end child abuse in Sri Lanka and to ensure the rights of children.

At this moment, children are not safe from abuse, both in schools and in their homes, and there is hardly any recognition that they have rights.  The Stop Child Cruelty initiative has done a lot to direct a flashlight onto this pitiful situation. All fair minded citizens must support every effort being made to safeguard children’s rights and to end all forms of child abuse. Wounded children growing into wounded adulthood will make our entire society a wounded Nation.