STAGES OF THE CAMPAIGN

Dedicated march - ending with meeting HE President - handover above petition and The Pentagon proposal
September 30, 2018

Facilitate a healthy a school environment for children so that they are happy, free of fear and free of physical and mental hurt and anguish

To enforce all authorities responsible for child protection to uphold National and International laws thus ensuring that no child is subjected to cruel and/or degrading punishment in schools, thus allowing children to pursue educational activities in an environment devoid of corporal punishment and in a happy and safe learning environment which, promotes mental wellbeing for children to mature into wholesome caring individuals

Despite the law of the land, and despite circulars sent by the Ministry of Education in 2005 & 2016 and despite the commitments given by successive Governments to abide by periodic UNCRC recommendations, even most recently in February 2018, and other commitments to UNICEF & other agencies, Sri Lanka lags far behind compliance and expectations. As evidenced by successive studies, the latest in May 2017 commissioned by National Child Protection Authority (NCPA), corporal punishment remains rampant amongst most schools.

The vulnerability of children continues to be exploited by those in authority in schools, including some Principals, teachers and even Prefects, and children have been subject to physical cruelty and hurt. Notwithstanding the fact that a majority of those in authority are law abiding, kind and considerate to children, there are still too many incidents of physical harm being perpetrated on children even as young as 5 years old. Most such incidents go unreported as those in authority are protected by others in positions of even greater authority, leaving affected children in a greater degree of vulnerability and helplessness.

The Alliance against Corporal Punishment in Sri Lanka will mobilize all possible resources to campaign for enforcement of the laws, to create safe and secure, and effective means of redress for children who are affected, and also campaign for perpetrators to be brought to justice and appropriate punishment meted out consistent with the law of the land.

STAGES OF THE CAMPAIGN 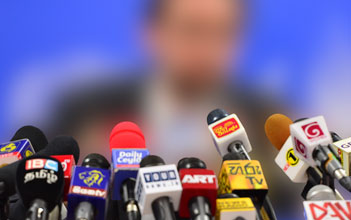 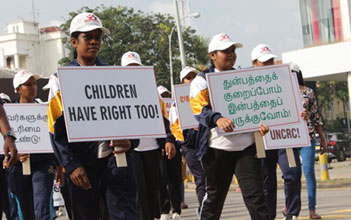 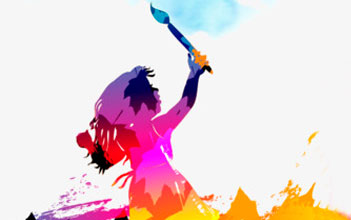 Children participated from all over Sri Lanka, November 18 (day before International Day to Prevent Child Abuse)

THE ALLIANCE OF PROFESSIONALS